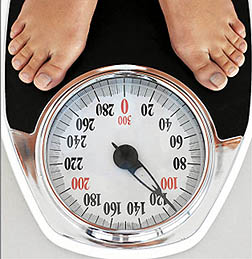 We now have an official estimate for the weight of our adult sloth courtesy of Greg McDonald—2,829 pounds.  We had assumed it was bigger than the average Megalonyx (2,400 lbs., McDonald, 2005) from the relative size of the teeth,  but this confirms it and provides our first absolute number using a formal estimating technique based on the femur.

The folks at ICLIC who produced the CT scans that we posted last month showed us more of their amazing capabilities and produced a Quicktime video of the femur  that allows viewers to turn the bone and see it from all sides. Thanks again to Dr. Eric Hoffman, Jered Sieren, and Youbing Yin at ICLIC and Jason Bertram, UI Museum of Natural History webmaster and Informatics major, School of Library and Information Science,  who formatted and compressed this file for the blog. More bone-movies will be coming soon. 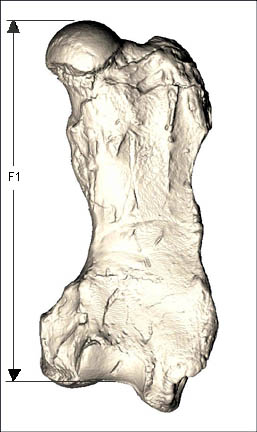 This is the left femur.   The large ball at the top connects with the hip, of course, and the knee is at the bottom. Turn the bone and notice the shaft isn’t round like the bones of most other mammals.  That’s normal for sloths, not the result of burial or some mishap. The shape may be an adaptation to a tripodal stance using the muscular tail as a brace to stand upright (Fariña,  Vizcaíno and Bargo, 1998), or it may just be phylogenetic, i.e. an ancestral  hold-over (ibid.).  The rugosity or rough texture of the surface is typical for ground sloths too, greatly increasing the attachment points for the huge leg muscles.

Notice the epiphyseal ring that partially encircles the head. That’s a growth plane for this end of the bone.  The fact that it hasn’t fused completely yet indicates our sloth was still growing. If the sloth were younger this ring would be more pronounced and circle the entire head. Different bones/ends stop growing at different times.  That’s one way scientists can determine an animal’s age–it may be the only way for adult sloths given their ever-growing teeth.  Recovering an assortment of bones from three sloths of different ages is the reason Greg calls the Tarkio Valley site a Rosetta Stone for understanding Megalonyx development (pers. comm.).

The head of the femur points upward at about 35° putting the legs closer together and under the center of gravity (McDonald, 1977).    That’s an important clue for scientists trying to determine how Megalonyx moved and whether it walked on four legs, or two. The head angles forward at about 45° matching the backward-pointing direction of the hip socket (ibid.), giving sloths a wide, knees-apart stance. Don’t tell John Wayne he stood like a sloth. . . those are fighting words pardner.

For the weight estimate Greg used the formula log10 mass = 3.4855 x log10 femur length (in centimeters) -2.9112 (formula F1 in  Fariña et al., 1998 and Scott, 1990).  The length of the femur and body mass of armadillos, sloth relatives, scale reasonably close to those of the average mammal (Fariña and Vizcaino, 1997), and femurs have been recovered from a fair number of ground sloths.  Still, estimating the mass of an extinct animal from a single bone is an extreme act of faith, especially when it’s a ground sloth.   This specific formula, like many allometric equations, is derived from ungulates, and one applies it to other taxa with some peril, especially Xenarthrans which are defined by their unique bone structure.

Still scientists persist because an animal’s mass can tell us so much about how it lived.  Focusing on one element and one unambiguous measurement reduces the errors that would come from using different bones and techniques with their corresponding formulas. Greg’s approach is simple and straight-forward and provides a consistent baseline for comparing different species of sloths and identifying trends in size over time.  The formula has been adopted by sloth scientists here and in South America, and   it’s the basis for the 3,070 pound estimate that we cited for our Paramylodon (McDonald, 2005).  Next time:  Shooting in the dark:  the fine print of the weight estimate . . . . Dave

McDonald, H. G.  1977.  Description of the osteology of the extinct gravigrade Edentate Megalonyx with observations on its ontogeny, phylogeny and functional anatomy. Unpublished M.S. thesis, University of Florida.