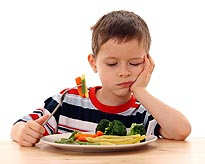 Fussy birds get what they deserve—that’s how some ornithologists explain the demise of birds like the Ivory-billed Woodpecker (Campephillus principalis) (Shugart, 2004). Ivory-bills foraged for insects by prying up the bark of large trees, leaving it to other woodpeckers to probe the deeper reaches. There’s a limited supply of suitably-clad trees so the birds needed large territories—at least 36 miles2 by one account (ibid.). Under this scenario agricultural land-clearing and hunting were just the final nails-in-the-coffin. One might be skeptical of explanations of extinction that blame the victim for choosing an unreliable niche. Trees die for many reasons–senescence, lightning, disease, over-browsing, floods, droughts, ice, wind-throw . . . all contributing to the dynamic patchwork that characterizes a healthy diverse woodland. The birds wouldn’t have evolved their habits if they didn’t have a reliable food-supply for millions of years and the behavioral elasticity to take advantage of the opportunities that arose and

overcome challenges. Something significant altered the woodland disturbance regime. In that gap, and missing from the list above may reside an ice age ghost–keystone mega-herbivores that played a critical role in ancient forests–as the giants do today wherever they have survived (Owen-Smith, 1987). (picky eater photo borrowed from, woodpecker photo borrowed from)

Central American trees with piles of wasted fruit first drew the attention of Janzen and Martin (1982). They suggested the dispersers with whom the plants had evolved had become extinct at the end of the Pleistocene and coined the term Ice Age “orphans” to describe the plants. Barlow (2000) identified mammoths, mastodons, ground sloths and other extinct mammals as the “ghosts” of the Ice Age that explained the surplus fruit and  extravagant defenses of certain plants and animals (Byers, 1997).

C. principalis may be another Ice Age orphan. African elephants are notorious for rubbing, girdling, debarking and toppling trees (Coe and Coe, 1987). For millions of years Ivory-bills probably enjoyed a steady supply of dead and dying trees courtesy of mastodons, ground sloths, etc. . Habitat loss to humans and hunting may have just sealed their fate—perhaps they were doomed 12,000 years ago with the extinction of their keystone partners.

There is much natural history work that merits

reexamination with Ice Age ghosts in mind. Hints of “missing links” abound in the accounts of extinct and endangered birds, for example, in the uncertainty about the extinction of the Carolina Parakeet (Conuropsis carolinensis). The parrots became scarce before the peak of plumage-hunting. They were said to be the bane of fruit-growers and may have been shot as pests, but McKinley (1960) notes the birds never earned a place on any bounty lists. He suggests honeybees were their undoing. Introduced by early European settlers, the bees competed with the parakeets for the tree-hollows they needed for nesting and roosting. As with the Ivory-bill, the lack of suitable tree habitat suggests a crimp in the supply chain–a disruption in the natural disturbance regime. Snags and the dead wood on living trees provide important habitat for 25% of the species that live in eastern forests today (Pennsylvania Game Commission, 2008). It’s vital to learn the right ecological lessons if we are to remediate the threat facing today’s woodland residents.  (photo borrowed from)

An erratic food supply, pesticides and lead poisoning are the oft-cited reasons for the near- 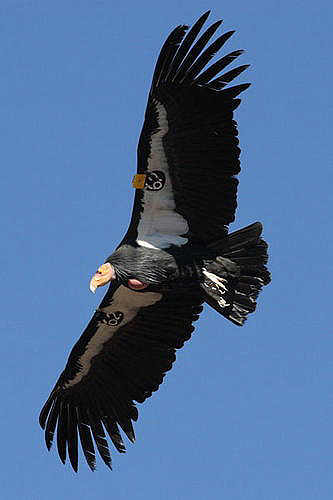 extinction of the California Condor, Gymnogyps californianus, but Cowles (1967) suggests as western scrubland became overgrown with brush, condors were blocked from exploiting key habitat and food sources. The birds need a stiff breeze and a running start to overcome the weight of a meal and fly (USDA Forest Service, Index of Species, 2008). With their runways blocked by high vegetation the birds remain airborne today over vast portions of their former range. Cowles points to fire suppression for the brush buildup, but the real cause may be the extinction of the browsers that once kept the vegetation down e.g. mastodons, camels (Camelops spp.), Harrington’s mountain goat (Oreamnos harringtoni) and the Shasta Sloth (Nothrotheriops shastensis). It may be no coincidence that the Condor disappeared from the Grand Canyon at about the same time the mega-browsers became extinct (Emslie (1987). (photo borrowed from)

Lack of mega-carrion is often blamed for the extinction of the incredible Teratornis spp. And the other great Ice Age condors (Wetmore, 1956), but hints from Africa point to more ghosts.

Condors need large amounts of calcium in the breeding season for their eggs and nestlings. Meat contains very little—11 mg per 100 g (Mundy and Ledger, 1976). Calcium shortage has been linked to the small clutch size of G. californianus–one egg usually—and the very slow growth rate of their chicks (Snyder and Snyder, 2000), plus the aforementioned lead poisoning (Pb2+ readily supplants Ca2+ in their eggshells and bones). Condors normally get their calcium by swallowing the bones of small animals or the chips of bone left by scavengers at larger carcasses–the birds can’t break large bones. Mundy and Ledger (1976) link the endangered status of the Cape Griffon Vulture (Gyps coprotheres) to the extirpation of bone-crushing scavengers, especially hyenas, over broad areas of S. Africa. 20% of the bone fragments they collected at the nests of Whitebacked Vultures

(Gyps africanus) in Zimbabwe, where the carnivores are extant, showed visible carnivore tooth-damage. Without sufficient calcium the bones of the Griffon chicks are deformed and break under stress like simple pre-flight exercise; often they are malnourished, their digestive tracts clogged with the detritus they ingest seeking calcium (e.g. ceramic fragments, stones, etc.) (ibid). The extinction of the American hyena (Chasmaporthetes ossifragus) and other carnivores may have precipitated a similar calcium-crisis in North American condors. (photo by Alistair Robertson)

Ecologists have long focused on human activity and the historic forces affecting the fate of wildlife, overlooking the echoing effects of the ice ages. If we are to preserve the vanishing remnants of the natural world it’s imperative that we understand the essential forces once supplied by the Pleistocene mega-mammals and arrange for substitutes where possible, or create them ourselves by artificial means. . . Dave

Snyder, N.F.R. and Snyder, H.A 2000.  The California Condor:  a saga of natural history and conservation.

Shugart, H. H.  2004. How the Earthquake Bird Got Its Name and Other Tales of an Unbalanced Nature.  Yale University Press New Haven, CT