No amount of logic or evidence can erase the image of unmatched ineptitude sloths have in the minds of the public and biologists alike. . . they are simply too different. Weirdness at this level prompted titters and contempt from the moment tree sloths were discovered. Buffon, naturalist to King Louis XV of France, suggested sloths were an experiment by The Creator to test the limits of life by piling one flaw upon another. . . one more and sloths could not exist at all (Martin et al., 1961). So it was with some surprise and no little delight that I read a recent paper by Vizcaíno (2009) that takes sloths’ greatest flaw–their lack of tooth enamel, and suggests it might in fact be their great evolutionary innovation. 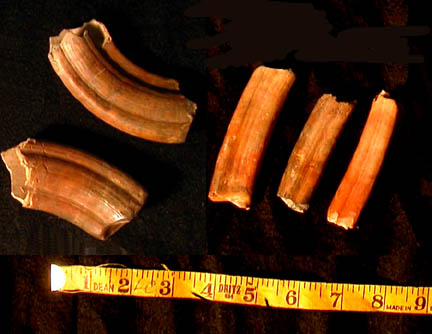 Despite all evidence of their enduring success, the traditional view of sloths has long been that their simple ever-growing pegs of soft dentine imposed a serious constraint on their evolution. Even the scientists who acknowledge ground sloth achievements in South America discount the significance by pointing to their long isolation on the continent, supposedly inferior competition, and extinction after the Great American Biotic Interchange. They disregard sloths like Megalonyx and Paramylodon which successfully invaded the homeland of the allegedly superior mammals, dispersed widely, and competed successfully for millions of years, showing considerable adaptability in a wide range of habitats–faulty teeth and all (McDonald, 2005). Now Vizcaíno (2009) says scientists have overlooked some significant advantages of dentine teeth, and enamel isn’t something sloths lost but dumped to escape its limitations–opening the door for them to exploit niches unavailable to regular herbivores.

Abandoning enamel, Vizcaino says, and evolving ever-growing dentine teeth 60+ million years ago was the key innovation that allowed Xenarthrans to become abundant and widespread. The simple peg-like teeth that their earliest sloth ancestors evolved proved to be a remarkably flexible innovation. The enamel teeth of other herbivores wear out with age. Older animals have to adapt to the decline in their oral processing ability by altering what they eat and the way they eat it–selecting less fibrous leaves, chewing faster, spending more time chewing and eating greater quantities. They get less nutrition from their food because less of the interior of the cells is exposed to digestion by intestinal microbes and enzymes. The animals aren’t as well nourished so they suffer more stress due to disease, parasites and plant toxins. They spend more time in habitats providing less concealment and are more exposed to predators. Some herbivores simply starve to death because their teeth wear out, but most die for other reasons. Predation, parasites or disease may be the proximal cause of death, but theyare all the inevitable outcome of being born with enamel. Ever-renewing, self-sharpening teeth made of dentine, like sloths’, stay in optimal condition for life. [more about sloth teeth]

Top notch teeth are vital for adult females “eating for two” (or more). Poor maternal condition—all too often traceable to her teeth–is a frequent cause of juvenile mortality in regular herbivores. Under-nourished mothers have smaller litters and young with lower birth weights. Young mothers may be healthier but they are also inexperienced, contributing to increased juvenile mortality. The replacement of milk teeth with permanent ones and weaning are significant causes of stress for the juveniles of regular mammals. Two–toed sloths, on the other hand, acquire their permanent teeth early and add solid food to their diets when just 1-2 weeks old, reducing the stress of making the transition to solid food that occurs in regular herbivores, and the nutritional burden on the mother (Meritt, 2008). This allows for extended care and no delay between offspring. The lower maternal demands may be responsible for tree sloths breeding 20+ years with no decline in fecundity (Nowak, 1991). 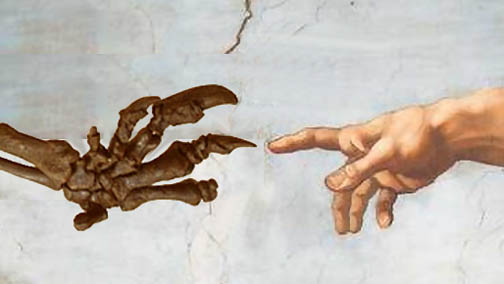 Were dentine teeth and their concomitant breeding advantages the evolutionary tools ground sloths used to conquer North America? An aging female Megalonyx with two healthy juveniles in tow, such as we may have in the Tarkio Valley would be compelling support for Vizcaíno’s theory. First, we need to prove our adult sloth was female, and then that the indications of arthritis we see come from old age and not an injury or a different disorder. . . ever-growing teeth aren’t much help when paleontologists need to determine a sloth’s age . If our adult was truly elderly you would expect more signs of the arthritis (McDonald, pers. com.). . . on the other hand, we shouldn’t expect zoo animal-age arthritis symptoms. . . life is hard, and relatively short, even in the Tarkio Valley. In any case, Vizcaíno presents an exciting new perspective. Maybe Buffon was right after all and sloths are a test. . . for us, to learn more about the wonders of life. . . . Dave

Vizcaíno, S. F. 2009 The teeth of “toothless”: novelties and key innovations in the evolution of xenarthrans (mammalia, Xenarthra). Paleobiology 35: 343-366.

1 thought on “the test of truth and time”