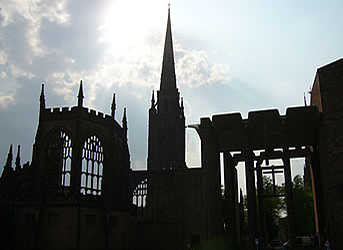 It doesn’t sparkle like the Hope diamond or King Tut’s gold, but the most amazing artifact in the museum is an oblong softball-sized coprolite from a ground sloth.  It came to us from a donor who in the early 1970’s helped her father, a National Park Service ranger, collect samples from a cave near the west end of the Grand Canyon.   Kids being kids, a couple of the giant horse apples were ”forgotten” on the bottom of a knapsack—puny wages for a day of packing sloth poop down to an NPS boat 500 feet below, on a path scuffed out by very different feet 30,000 years earlier.   The donor lives in Iowa now and read about the sloth project. . . the rest you know.

Like the ruins of a medieval cathedral,   Rampart Cave today only hints of its former glory. It once held the largest deposit of ground sloth dung known.  But in 1976 a careless hiker left a campfire smoldering inside the cave and the deposit was almost entirely consumed—a tragedy Paul Martin has likened to loss of the ancient library at Alexandria, Egypt (Martin, 2005).   Bones from the cave indicate the dung belongs to the Shasta sloth, Nothrotheriops shastensis, the smallest of the four North American late-Pleistocene ground sloths.  Like Megalonyx they became extinct at the end of the ice ages 12,000-odd years ago.  The identification was recently confirmed in a major breakthrough in DNA sequencing  (Poinar et al., 1998).  Some researchers from that same team are trying to repeat their accomplishment with our bones now.  (images below borrowed from http://www.geocities.com/shioshya/paleo/index.htm)

The dung ball smells sweet, like incense, with no lingering odor of ammonia or feces.  I had the notion of getting a scratch-and-sniff souvenir made for the museum gift shop and pursued getting the smell reproduced.   I contacted a couple of companies that offered an impressive selection of synthetic scents.  They promised to get back to me, but never did.  Too bad, they could have been a big hit with the kids.

The lack of a strong smell isn’t a complete surprise.  Plants use the aromatic chemicals in their foliage as a warning signal to insects and other potential munchers–go away I’m indigestible or maybe poisonous.  Some herbivores evolve the gut microbes for detoxifying the chemicals and fill-up, but most take the hint after just a nibble.  The plants the Shasta sloth was eating are so mild in fact, most are edible by humans, or have close relatives that are.  What is more, most of them have cousins growing in Iowa today.

People and sloths apparently like to eat the same kinds of things, especially around a salad bar. Admittedly, Megalonyx may have had an entirely different diet than Shasta–no one has ever found a deposit of their dung to know for sure.  But we do have a preliminary report on the pollen from the site, which allows us to describe a sloth forest generally and make some judgments about the food that would have available. It’s the kind of forest Native Americans preferred too, and long labored to maintain–and that may not be a coincidence.  One might speculate about the role sloths and other ice age megafauna had in creating this forest before people, and the degree to which they eased the way for humans to replace them and spread across the continent.   (image borrowed from http://www.artlex.com/ArtLex/Reh.html)

Details about the pollen and the Iowa sloth forests in 2 weeks.. . . Dave

Martin, P.S. 2005. Twilight of the Mammoths:  Ice Age extinctions and the rewilding of America.  University of California Press.  Berkley, CA.

3 thoughts on “If you are what you eat”