This news from Andy about our DNA tests: 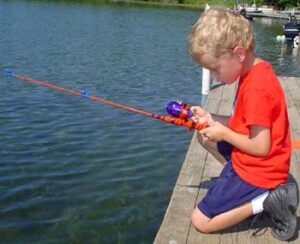 I got a mitochondrial amp from one of the extracts, but I haven’t cloned it yet to check for contamination.  I wasn’t able to get nuclear amplifications using our current stock of primers.  It wouldn’t surprise me if we get endogenous DNA from this thing, but it may not be in high enough copy numbers to do much more than generate a few scraps.  If we can determine that there is endogenous DNA via old school PCR and cloning(what I’m trying to do now), then the next step might be large scale extracts.  We’d then use the concentrate to build libraries to go on GS (Genome Sequencer) FLX plates and try to shotgun generate at least a significant portion of the mitochondrial genome.

Beth Shapiro at Penn State has her sample. . . hope to hear from her soon.

(GS-FLX) is actually the way to go. . . . Old school targeted PCR characterization is plagued by a lot of issues, including low endogenous copy number, PCR inhibitors in the extract, contamination (from a bunch of possible sources)  and primer specificity. . . .

We would initially generate say ~100,000 reads of ~100bp apiece and then sort through those to determine which represent environmental contamination (bacteria, fungus, etc), human contamination and actual endogenous sloth DNA (if any). . . .  When you do it on that scale you can get a much better idea of what’s going on in the specimen/extract. You can then use that info to design species specific primers of appropriate base composition and target length. 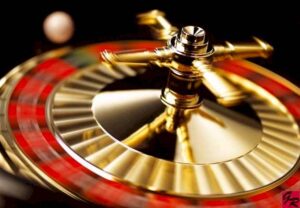 Andy’s results aren’t unexpected. Finding ancient DNA is like winning the lottery–its almost always highly degraded and finding a specific segment still intact with the PCR process that he’s using is a long shot. That’s especially true for nuclear DNA (nDNA). A cell has only one nucleus, and one set of nDNA, but it has 1,000 or more mitochondria and thus 1,000X as many copies of the mDNA genes. We’ll keep our fingers crossed about the mDNA signal, but as we learned before, chances are good it’s contamination. Winning this lottery is hard even when you are holding 1,000 extra tickets. No one has ever succeeded in the Megalonyx DNA sequencing game.

Even if you are lucky enough to have your ancient DNA (aDNA) survive 12,000 years of oxidation, heat and humidity, the fundamental limitation of the traditional Polymerase Chain Reaction (PCR) process is the focus on specific genes.  Old school (i.e. targeted) PCR is like going fishing—there may be a lot of DNA swimming around but you’ll never know it if you are using the wrong “bait,” or primer.   Primers are synthesized strings of nucleotides–just 15-25 base pairs usually–designed to complement a specific DNA segment (the target).  Drop the primer in the test tube and if a DNA fragment with the complementary sequence is in there, chances are  they’ll link up  and you can reel them in–hopefully with a long piece of the ancient  genome  attached.  Andy’s primers are derived from tree sloths and have proven successful with other ground sloths, but millions of years of separate evolution increases the likelihood that a mutation will inhibit primer binding.

Andy’s recommendation takes advantage of new technology that avoids many of the problems that come from working in a heterogeous soup of contaminants, inhibitors and aDNA fragments.  The rapid genome sequencer GS-FLX from Roche moves each DNA fragment in the extraction to an individual microscopic compartment before  PCR amplification, and then  sequences everything.   It’s a formidable task made easier by a fast computer and massively parallel lab-on-a-chip technology.  DNA scientists have assembled a huge database  of known DNA sequences from every kind of life-form; workers worldwide add new species to the GenBank library every day. Basic Local Alignment Search Tool (BLAST) software provides a quick means of searching the database and identifying unknown sequences.   The vast majority of the DNA Andy finds will be contamination, of course—from the vast array of life that moves in after death, browsing on the different organic molecules that remain, and each other.  Many of the sequences aren’t identifiable yet, but the success rate improves daily.

Holmes gave Andy the go-ahead. We have a great-looking bone and no one wants to give up yet.  It would have been nice if it had been buried in permafrost or protected inside a dry cave, but the thick clay blanket that we found it sealed in gives us as much hope as anyone has ever had with this species.  Stay tuned. . . . Dave